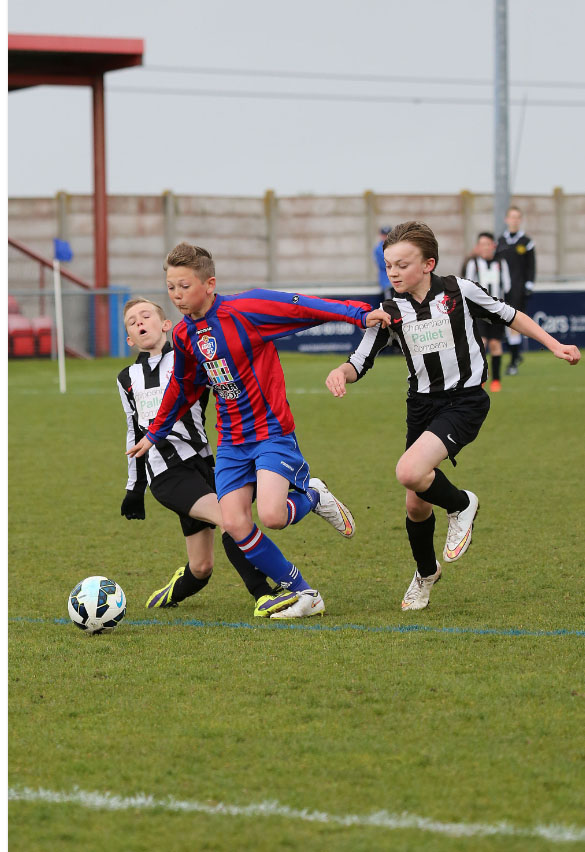 Northside Athletic got back to winning ways with a fine 3-0 win over Fc chippenham blue. Ellie Wallace scored the first with a fine finish after some excellent team play. Kevin Prowse added a second with a goal of the second contender, he beat his man with fine turn and then unleashed an unstoppable rocket into the top corner! Ellie wallace found Jack Lampard with her cross and he finished to capped a fine all round team display!

Swindon Rangers, with a bare squad of 9, with 3 out through injury and sickness fought back from 1-0 down with a glorious bullet header from Harry Farrow, giving both teams an equal share of the spoils.

Highworth Town Juniors T won 4-1 at home against Wroughton Youth at the Rec. Will Webster broke free to coolly slot in for 1-0 followed by a goal from Max Thorley. Thomas Harris made it three with a rasping drive after Wroughton had pulled one back with Max Thorley grabbing his second and Highworth’s fourth.

Croft Red U13 visited top of the league Wickham Wanderers and came away with all three points thanks to two fantastic long distance strikes from man of the match Sidney Skippen. Croft added a third late on thanks to a fine finish from Landon Golding.

Wanborough Juniors came away with the win having gone down to a goal from Liam O’Reilly (Liden) but then Dan Eastell scored a great goal from a Finn Blunsdon corner and Finn went on to score a goal himself leaving Wanborough 2-1 winners.

Highworth continued their fine run of form with a convincing 8-0 win over Stratton Juniors. Kassa Anderson opened the scoring with a lovely finish after a wonderful defence splitting pass from Jay Houton-Basford. Jack Paines and Max Spackman added goals before the break. Highworth continued to play some lovely football after break and were rewarded with two goals for Connor Robb and a goal a piece for Harrison Jordan, Brandon Lewis and Harrison Mace.

A superb first half display from Ferndale saw them take the lead in their U15’s WCC Semi Final against Swindon Rangers and had a wonderful opportunity to double their lead before half time however Swindon Rangers converted two chances early in the second half to swing the momentum in their favour. Three more goals for Rangers gave them a commanding lead before Max Duggan scored for Ferndale. Brandon Page was on target for Ferndale in the first half after Bailey Gallagher had delivered an excellent freekick. The match ended 6-2.

Ferndale were defeated by Cirencester despite leading 1-0 at half time through a long range lobbed finish from Kieran Dodson. Cirencester scored from a second half penalty and long range free kick to claim the points. Man of the match was Neo Heath for a battling performance at centre half.

Wanborough came away winners having gone a goal down in the first half only to equalise thanks to a goal from Luke Bolton. Ibraheem Ahmed struck home a great goal as well with Luke putting away the winning goal. Jamie Kelly assisted twice.

Highworth Town Juniors T romped to a 6-0 away win at Castle Coombe Colts. Callum Bragg opened the scoring with Will Lewis making it 2-0 with Aaron Aryee smashing in a third before half-time. Great work down the right from Zachary Steel saw him cross for Jacob Goddard to make it 4-0 before Steel himself made it five. Will Lewis earned a penalty which was dispatched well by George Allen for 6-0.