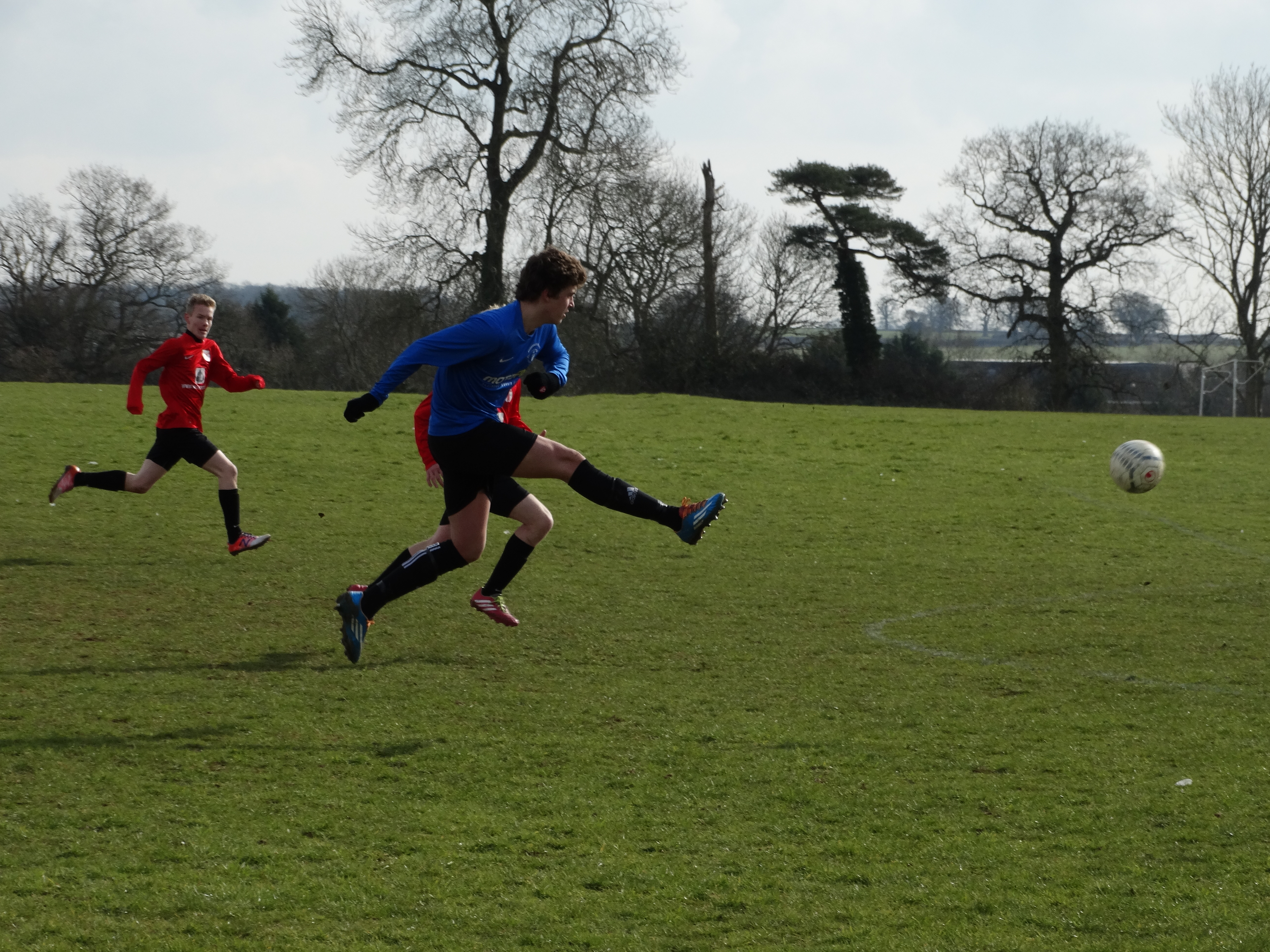 A round up from this weekends North Wilts Youth League Action

Swindon Rangers battled against a defensive Wroughton Youth White, who packed the defence as well as making 10 substitutions. Rangers came away with the points with a 4-0 score line with Harry Farrow scoring a grace.

Croft Red U13 4 Highworth Town 0
Croft Red maintained their unbeaten run with a 4 nil win at home to Highworth. This was their first league game since last year. Tyger Hall gave
Croft a one nil lead at half time after a great defensive display from Highworth. However, a goal from Marshall Thompson and two goals from Landon Golding in the second half put the result beyond doubt

Wanborough went a goal down to Croft only for Will Sumner to equalise and then score again to take the home side a goal up. Dan Franks for Wanborough scored to make it 3-1 with two assists from Finn Blunsdon. Dan Franks was the other assist.

Northside Athletic 0 – 4 Highworth Town H
An eagerly awaiting clash between two of the title favourites, Highworth started well and took a deserved lead through Connor Robb. Second half continued in similar fashion with Jack Paines netting a brace and Brandon Lewis adding a fourth in a convincing win.

Ferndale started strong in a very physical match against Broad Town but held a slim 1-0 lead at half time despite hitting the post twice. The match turned early in the second half after two early Broad Town goals and despite Ferndale’s efforts they began chasing the game, losing a bit of shape and momentum enabling Broad Town to score a further three unanswered goals. Max Duggan was on target for Ferndale and Kyle Meader-Harris was awarded Player of the Match.

Ferndale put in a good performance to defeat rivals Tetbury 4-0. Ben Simons scored with a calm finish, there were two goals for Kieran Dodson and a spectacular finish from Dan O’Brien. Man of the match went to Lucas Peachey for a high energy and skilful display.

A game of 2 halves played out at Tetbury this morning. Avonvale raced into a 3 goal lead inside the first 45 minutes (og, Eddolls, & Knowles), only to see Highworth bite back in the second half. A Rory Peacey goal from distance, a Ben Law header and an own goal with just 2 minutes to go leveled the scores in a game largely dominated by the conditions.

This game swung both ways with Croft going ahead in the first half before Blunsdon drew level shortly before the half. Blunsdon then took the lead only for Harry Skinner to grab his second of the match. Blunsdon went ahead again in the final 5 minutes, only for a last minute penalty, won by M.O.M. Skinner and despatched confidently by Joe Kirby, to ensure the points were shared.

Highworth Town Juniors T staged an amazing comeback from a goal down to win 10-1 against Sevenfields United at Grange Drive. Harry Grant equalised just before half-time and then Highworth ran in nine goals in the second half with forward Callum Bragg getting a double hat-trick, two from Kieran Moran and one from Aiden Bennett completing the win.