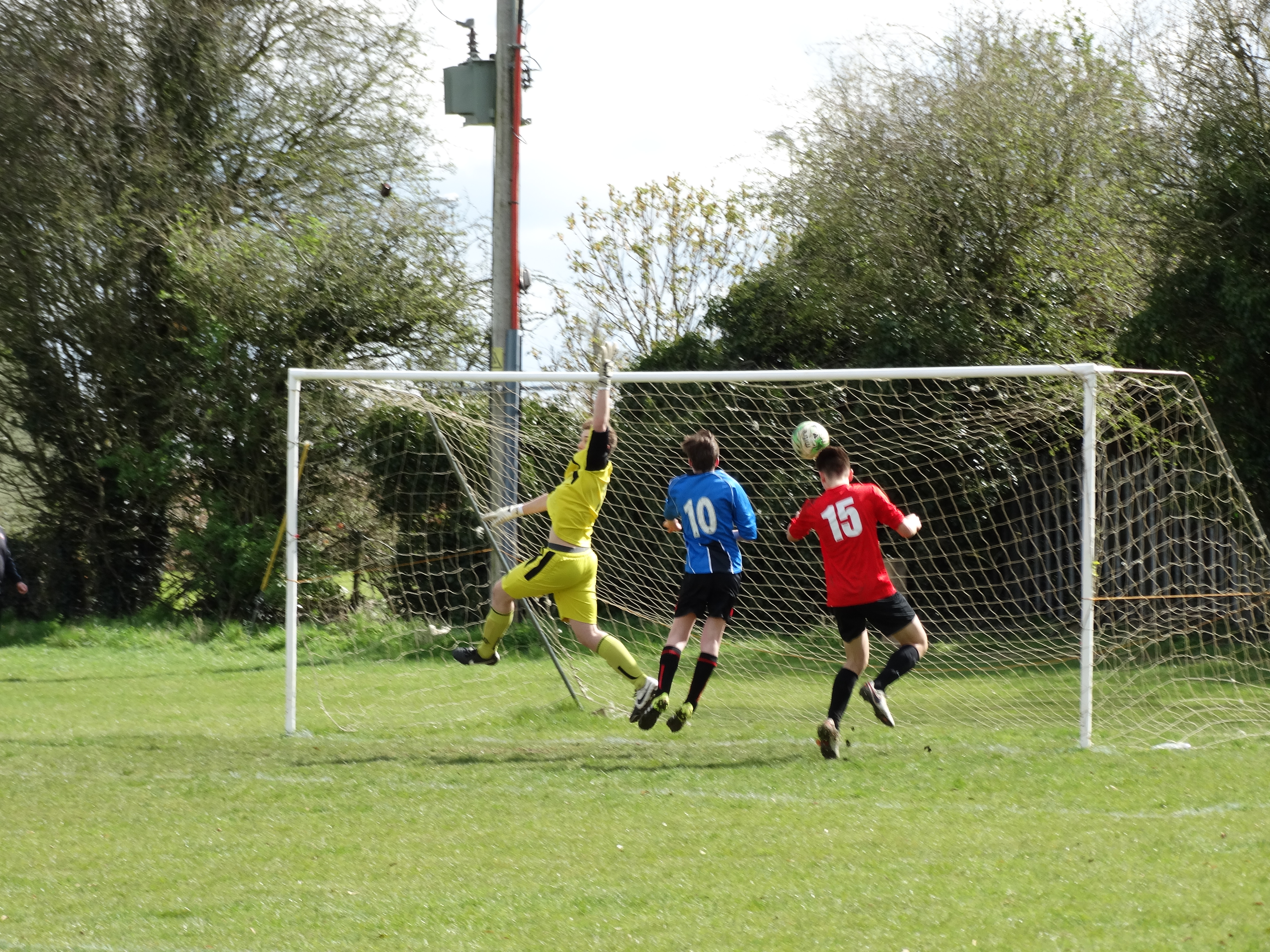 Under 15 – Division 1
Swindon Supermarine 1 Ferndale Rodbourne 2
A goalmouth scramble saw Ferndale go behind during the first half of their encounter with Swindon Supermarine however Ferndale got back on level terms early in the second half when Dawid Osinski drilled the ball beyond the keeper and a sublime free kick from Jack Legg proved to be the winning goal for Ferndale in a narrow 1-2 victory that saw centre forward Brandon Page awarded their Player of the Match for his endless effort and commitment.

Under 15 Division 3
Cirencester Town 6 Ferndale Rodbourne 2
Ferndale could not recover from conceding two goals in the first 5 minutes to title rivals Cirencester. Despite being five goals down at half time Ferndale did score 2 goals through Lucas Peachey and Dan OBrien. Peachey was awarded man of the match for an excellent committed display.

Under 16 – Division 2
Wanborough Juniors 6 Greenmeadow United 0
Wanborough started brightly and opened with a goal from Jahed Ali, Luke Bolton then scored a second and Jahed got his second, Jamie Kelly scored followed by Jahed completing his hat-trick and then Toby Berwick who had been pressing hard scored as well. Luke Bolton had three assists.

Under 18 – Division 2
Brinkworth Cats 2 Highworth Town Juniors 2
Brinkworth and Highworth played out an entertaining draw at Ballards Ash this morning. Cats struck first inside 5 minutes when Luke Davies lobbed Declan Conlon, however Town equalized 30 seconds before half time, Henry Newman headed home from close range (pictured). Highworth then took the lead in the second half, only for Brinkworth to replicate what had happened to them, equalizing in the last few moments of the game through Max Luffman.