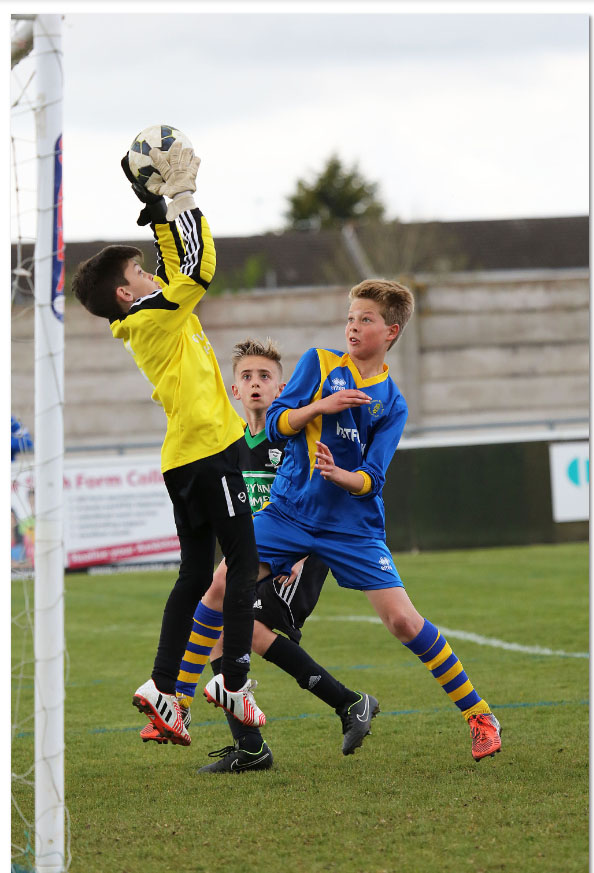 A small round up of games that survived the weather from Match Week 12 of the North Wilts Youth Football League.

Northside Athetic got back to winning ways with a 4-0 win against Lydiard Millicent Juniors. Northside went in at half time 1-0 up thanks to Jack Lampard who chipped the ball past the onrushing keeper! Mid way through the second half Agon Rai who was making his home debut made himself some room in the box and then found the top corner, then minutes later played a lovely ball into the box for Nathan Goodenough to add a third. Jack Lampard then won and scored a penalty to complete a fine team performance!

Two superb goals from FC Abbey Meads Colts helped them to win a close game against Highworth Juniors J.  Abbeymeads took the lead when they broke quickly after a good save from Josh Hyde. The ball was cleared to Fergus Dean who hit an unstoppable shot from outside the area.  Highworth fought back but Daniel Wiltshire and Oliver Godsell both worked hard in the Abbeymeads defence to limit goal scoring chances.  Todd Harper doubled Abbeymeads lead early in the second half with a shot from 20 yards that flew into the top corner.  Highworth pulled a goal back late in the game but Abbeymeads held on to win 2-1.

Sevenfield United extended their unbeaten league run to 6 games with their 1-0 win away to Croft Junior in this Division 3 clash.  Both teams had limited chances due to the windy conditions but it was Sevenfiled who put the ball in to the net through Mark Siaw’s 25 yard freekick.  Daniel Marky put in a man of the match display.