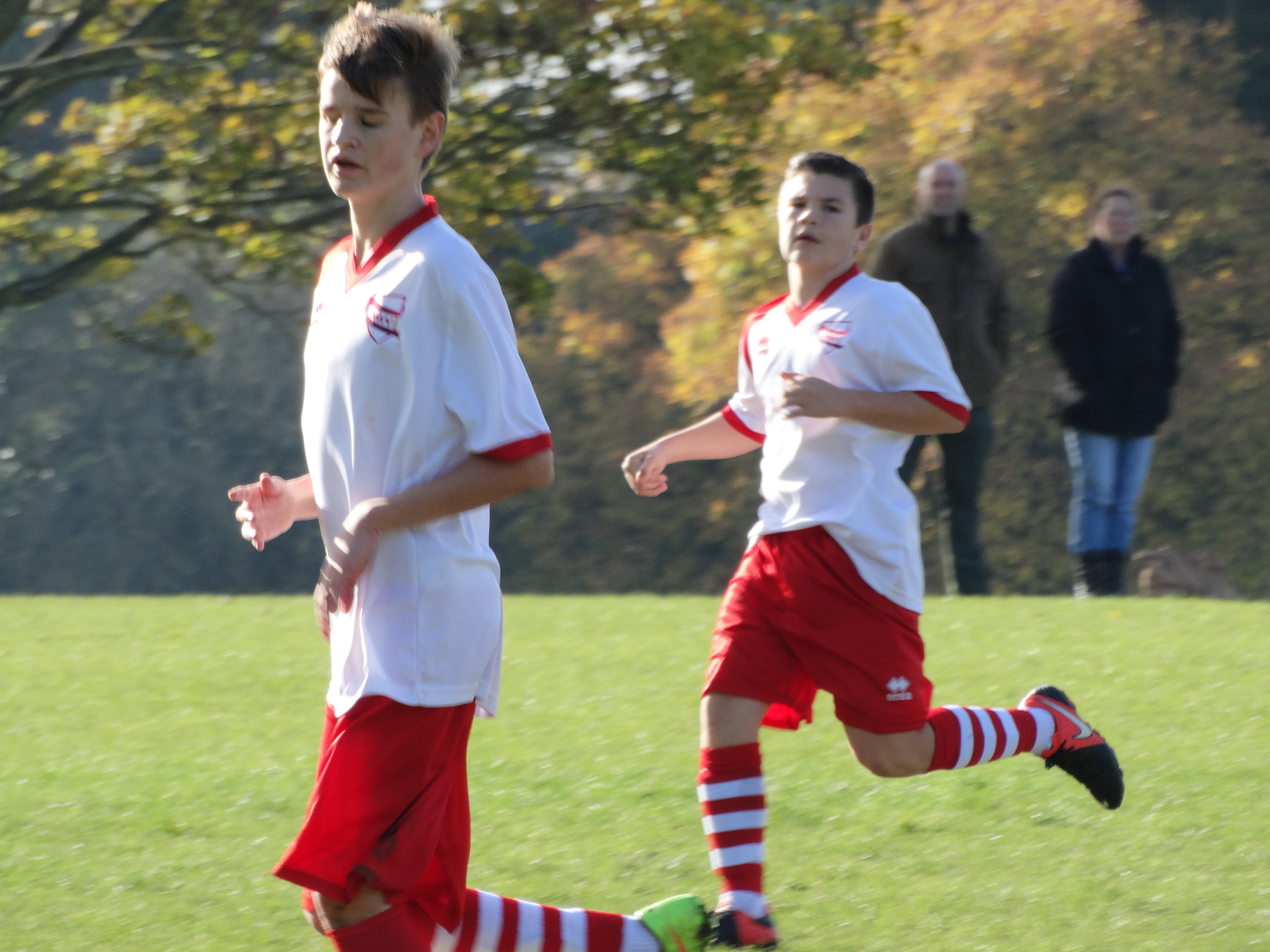 All of last week’s postponed League Cup Quarter Final matches were completed this weekend, with just 3 ties still to be concluded due to County Cup exploits.

Swindon Youth and Highworth Town H took care of their business last week, but will be joined in the final 4 by Greenmeadow who beat Chippenham Town Youth 4-1, and also FC Chippenham Youth who recorded a 0-3 away win over Lydiard Millicent.

Castle Combes victory over Malmesbury means that a Division 2 side will be represented in the U15’s semi finals. Swindon Rangers and Swindon Supermarine L booked their places last weekend, whilst a further postponement to a County Cup tie means that the Robins vs Royal Wootton Bassett Town fixture is now rescheduled for 20th December.

Croft Junior Red secured their place at Beversbrook with a victory over FC Calne, whilst Wroughton overcame Stanley Park by 3-0. Royal Wootton Bassett Town won last week, leaving the only remaining tie between Kings Stanley & Fairford Town to be decided this weekend.

Royal Wootton Bassett Town & Fairford Town ensured a trip to Beversbrook last weekend, however will be joined by the only team to represent Division 3 in any age group, Ramsbury Juniors who defeated Avonvale United 4-1. The match between Hungerford Town & Shrivenham & Watchfield Royals will take place this weekend.

The draw for the Semi Finals will take place during January.