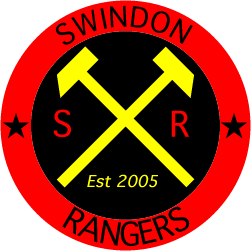 Congratulations to Swindon Rangers who were confirmed champions of the Under 12 Division 3 league yesterday. They secured the title with a 2:4 away win at Avonvale United, who also had a stake in the title race. A victory for Avonvale would have forced a play off with Highworth, however that aspiration ended courtesy of Harry Farrow who scored all 4 goals for Rangers. Ryan Watson replied with 2 for United.