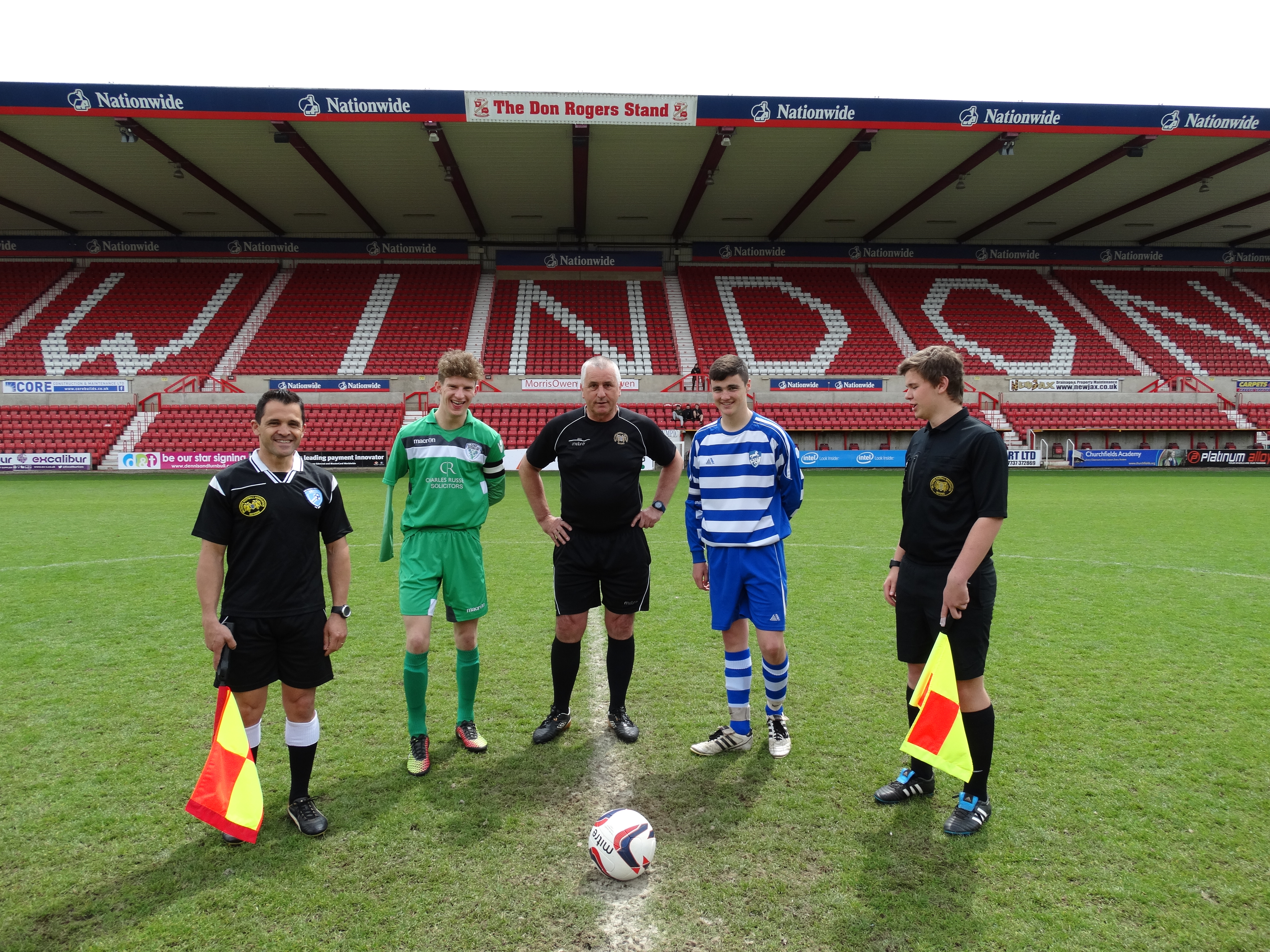 It is with deep regret and much sadness that I advise of the passing of Robert (Bob) Bright (centre), following a tragic accident, whilst on a Charity Bike in France.
Bob was a much liked and well respected referee on the North Wilts Youth Football League, officiating at our U16 Cup Final between Wroughton & Kings Stanely at the County Ground on 22nd May 2016.
I was lucky enough to officiate with Bob on a number of occasions, most recently at Wilton in a Wiltshire Senior Cup Game between Sarum & Mere Town, as always Bob was fantastic company and a great conversationalist on the journey and at the post match refreshments.
On behalf of the North Wilts Youth Football League we extend our sincerest condolences to Bob’s family and friends.
Pat Butler 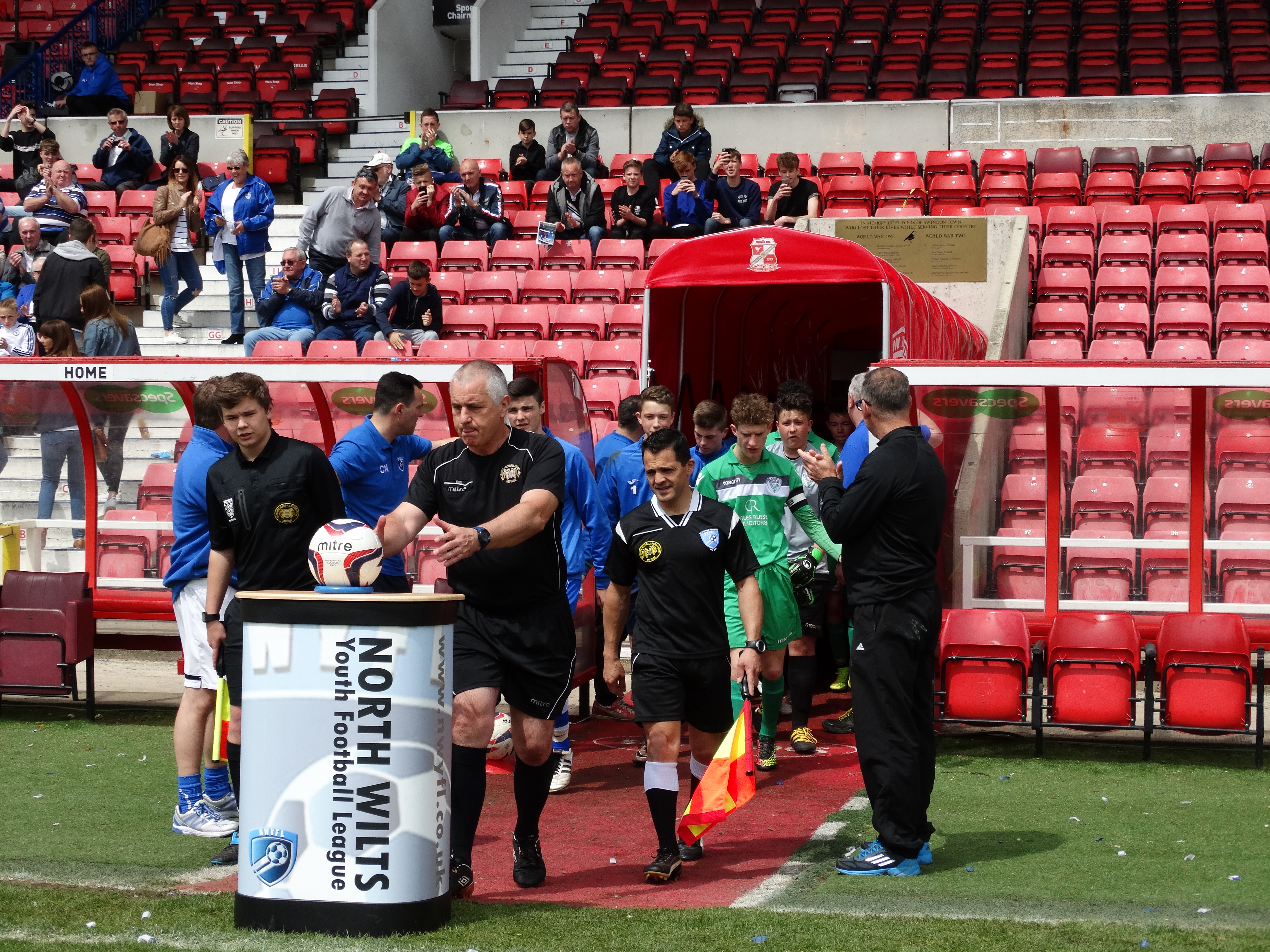