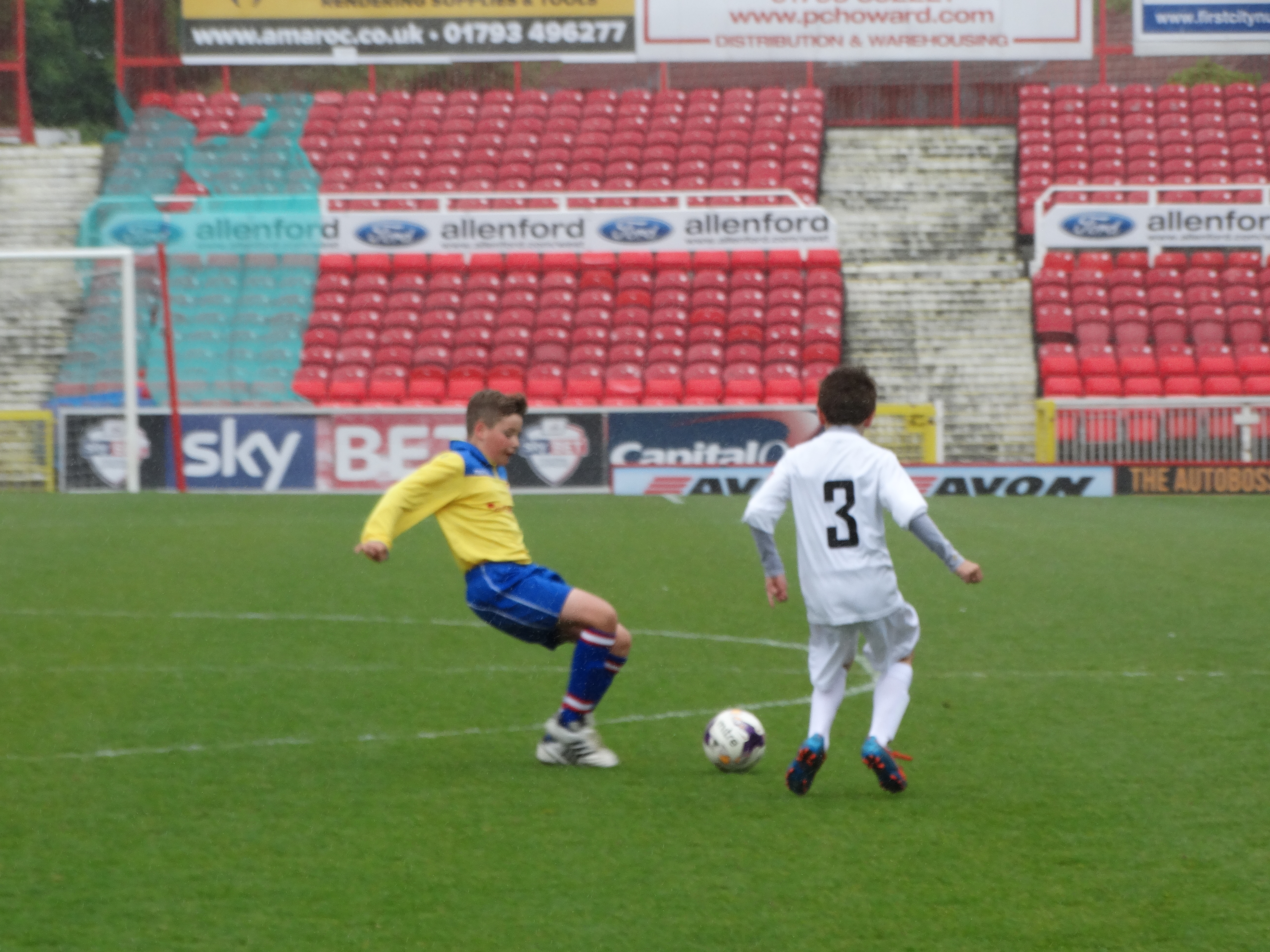 A blistering shot on his debut from Sam Hughes put Ashton Keynes ahead but Supermarine equalised and for 15 minutes the game was quite open. As the game went on Ashton Keynes began to settle and some fine goals from Nicholas Winrow, Scott Dodson, Jaden Wilkins and two goals from Alfie Staynings helped Ashton Keynes to a well deserved 6-1 win.
Under 12 – League Cup Preliminary Round

Great cup game between two competitive sides. Ramsbury scored first with a great break away goal scored by Franco Dore, but Purton equalised quickly and then scored again before half time to lead 2-1. Second half was frenetic with Ramsbury scoring a great individual goal by Sam waterworth and narrowly missing to take the lead. However, Purton took the initiative as Ramsbury tired and scored 3 quick goals to take a commnding lead and scored just before the end to make it a 6-2 win. The game was played in a good spirit, but with no referee the Ramsbury coach had to ref which hampered his ability to coach the team and make effective subs.
Under 13 – Division 2

Northside kicked of the season with a home win in an entertaining game. A first half double from Kevin Prowse including a trademark free kick in top corner from outside the box meant the sides went in level at the break. A second half hat trick from Jack Lampard took all 3 points. First taking on 3 players and finding the top the corner. Then at 4 a piece he won and took the winning penalty

Under 14 – Preliminary Round League Cup

A close league cup match between FC Abbey Meads Colts and Marlborough Youth finished 1-1. George Eustice gave Abbey Meads a first half lead after a great cross from Charlie Eustice. Marlborough equalized in the second half from a corner flicked in from close range.
Todd Harper came close to scoring a late winner for Abbey Meads but his well struck shot came back off the post.
Under 15 – Division 1

Northside athletic kept up there good start to the season with a 8-1 win against Bassett.  Goal scorers for Athletic Ben Paul 3. Hassan Gedi 2. Owen Donnan.  Edrin Asante and Brandon Lewis. Kain Chivers and Ben Dodd both had good games for athletic

Ferndale played host to Robins on a Thursday evening, their first match of the league campaign in an encounter that saw all four goals scored in the first half. Ferndale’s Callum Barrett opened the scoring with a wonderful goal after he had knocked the ball beyond his marker and powerfully struck it from long range giving the Robins keeper no chance as the ball looped over him into the roof of the net despite his best efforts to reach it. A fantastic last gasp tackle from a Robins defender denied Callum stretching Ferndale’s lead further however, when team mate Matty Connor played the ball across the face of goal, Callum made no mistake in converting the tap in. Robins reduced the deficit with a close range effort after a well taken corner kick caused Ferndale problems. Ferndale restored their two goal advantage when Brandon Page put pressure on a Robins defender, eventually winning possession and drilling the ball beyond the keeper. A more evenly balanced and contested second half saw plenty of good football from both teams and chances created but no goals scored so the 3-1 scoreline remained ensuring Ferndale secured the win. Kamran Muhid was awarded Ferndale’s Player of the Match for his tenacity whilst both in attack and through midfield as well as his willingness to beat a player but looking to pass at the right moment.
Under 17 – Division 2

It was one of those matches where if you blinked you missed something, chances left right and centre and Ashton were first to fire home when Ewan Palmer drove in from the right wing, he slotted through Frazer Heal who outmuscled the Brinkworth RCB to find himself a yard of space and strike home only 5 minutes in. The early Pressure from Ashton Keynes dwindled off throughout the half and Brinkworth managed to capitalise on some poor marking from a corner and found themselves with a free header just 6 yards out, which they converted. The teams went into the break with the scores even and in truth that was a fair reflection on the first half. As the teams came out for the second half Brinkworth piled on the pressure and created a number of chances but with a few impressive saves from Charlie Cook and some solid defending from the Ashton back four none of these were converted. With fifteen minute to go in the second half Ashton opted for a more attacking style of play and this paid dividends instantly as Ewan Palmer assisted for the second time but this time bending a cross in between the Brinkworth backline to find the on running Lewis Griffin who kept his cool and took advantage of the opportunity to put Ashton into the lead. Brinkworth then through everything but the kitchen sink at the Ashton back line but still they would not buckle and when the ball was played back to the Brinkworth Goalkeeper who failed to clear under pressure from Ewan Palmer the ball fell to his feet and was left to finish into an open net.