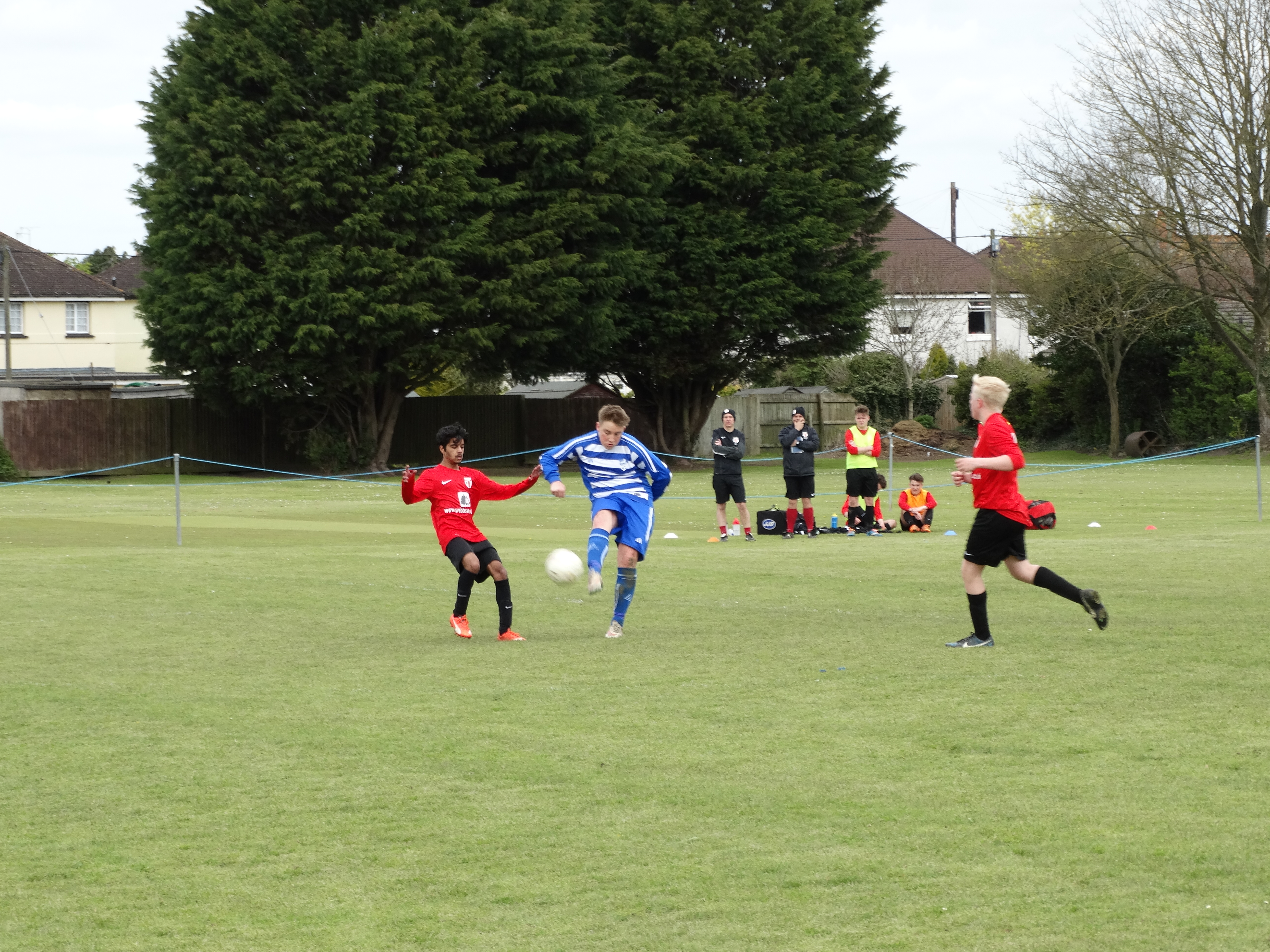 Swindon Rangers travelled away to Avonvale at Tetbury, knowing nothing but a win would secure the title. Playing a year up the boys struggled to compete strength wise but let their feet do the talking. At the half time being 3-1 up half the job was done. The second half was hard fought finishing 4-2 with Rangers securing the title. Goals from Harry Farrow (4).

Will Webster and Cameron Hicks both bagged an hat-trick each for Highworth Town Juniors T in their 9-2 away win at Wanborough Juniors. Highworth led 3-0 at HT with goals from Webster and Hicks and both scored again after HT with Thomas Harris (2) and Max Thorley also netting in the second half.

FC Abbey Meads Colts fought back from 2-0 down to earn a 4-4 draw against Royal Wootton Bassett Town White. Wootton Bassett went ahead early in the game then added a second before Andrew Smith pulled a goal back for Abbey Meads with a superb lob just before half time. Smith equalised then Charlie Eustice put Abbey Meads ahead with a great long range effort. Wootton Bassett equalised to make it 3-3 then Smith completed his hattrick when a through ball from Lewis Fisher put him through on goal. Bassett equalised again and both teams had opportunities to win the match with Josh Narbett and Lewis Eve both hitting the post but it finished 4-4

Ferndale Rodbourne YCFC played hosts to league leaders Swindon Rangers on Tuesday evening (May 4th) in a match that was very closely fought throughout and could have ended with either team taking the points. Jack Legg gave Ferndale the lead before half time and it took Rangers nearly fifteen minutes of the second half to get an equaliser. Both teams continued to create chances but Rangers took all three points with a simple tap in sealing the win. Dan Argrave was awarded Ferndale’s Player of the Match for his no nonsense, tight defending.

A 25 yard screamer from Callum Barrett shortly after half time restored Ferndales two goal advantage from the first half against Wootton Bassett Blue but Bassett threatened to turn the game with two quick goals to draw level however a goal each for Brandon Kandola-Conaghan and Dawid Osinski put Ferndale in a favourable position but Bassett hit back once again and in the final minute Kyle Meader-Harris pulled off a great save from close range that then enbaled his team to go down the opposite end of the pitch where Player of the Match Jack Legg completed his hat trick and secure a 4-6 win for Ferndale.

Ferndale put in a superb performance to defeat favourites Cirencester with an early lob from striker Lucas Peachey. Ferndale missed several chances to increase their lead before half time but their slender one goal adavantage remained intact. Cirencester had the chance to equalise from a controversial penalty but keeper Tyler Corr pulled off a superb save to thwart the opposition. Ferndale remained composed to see out the match and finish as Champions of Division 3.

Stanley Park Youth ended League winners Wroughton’s impressive unbeaten thirteen league game run with a superb display at home to secure the Runners Up spot in U16 Division 1. Despite a number of late withdrawals meaning Stanley went into the game with only two subs, the home side took the game to the Champions and went ahead with a goal from Jake Fitzwater. The lead was doubled after Aaron Witchell was pulled back in the penalty area and coolly stepped up to despatch the resulting spot kick. With Wroughton subsequently reduced to ten men Stanley went three up before the break with a well taken first goal for the club from Alex Hallett, before Wroughton hit back just before half time to make it 3-1. Wroughton further reduced the deficit in the second half with a mazy run from their striker ghosting past four static defenders and slotting the ball into the corner of the net past the impressive Cameron Shipway, but within minutes Stanley had increased their lead once again courtesy of Aaron Witchell firing home after leaving the Wroughton defence trailing with his pace. A great game with both sides trying to play football the way it should be played and both justifying their final league positions.