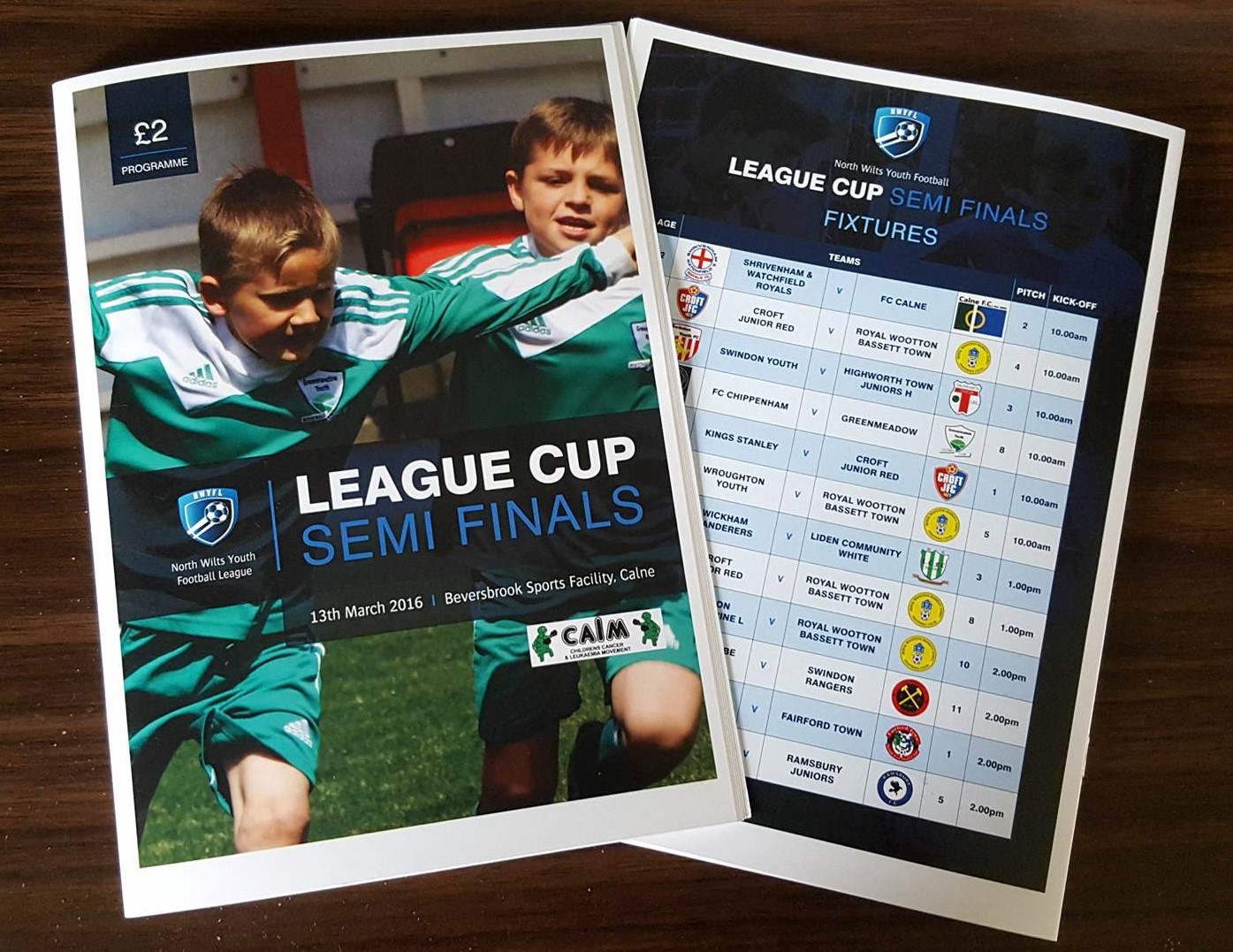 The North Wilts Youth Football League are proud to announce that following the sales of the League Cup Semi Final programme this weekend, a grand total of £533.10 has been raised and donated to the charity CALM.

The NWYFL Committee would like to thank everyone who purchased the commemorative programme. As there are still a small number of programmes left, anyone still wishing to make a purchase can do so by contacting League Cup Secretary Darren Howell (darren.howell@nwyfl.co.uk).

The League would also like send best wishes to Declan Lehmann as he continues to fight his battle. 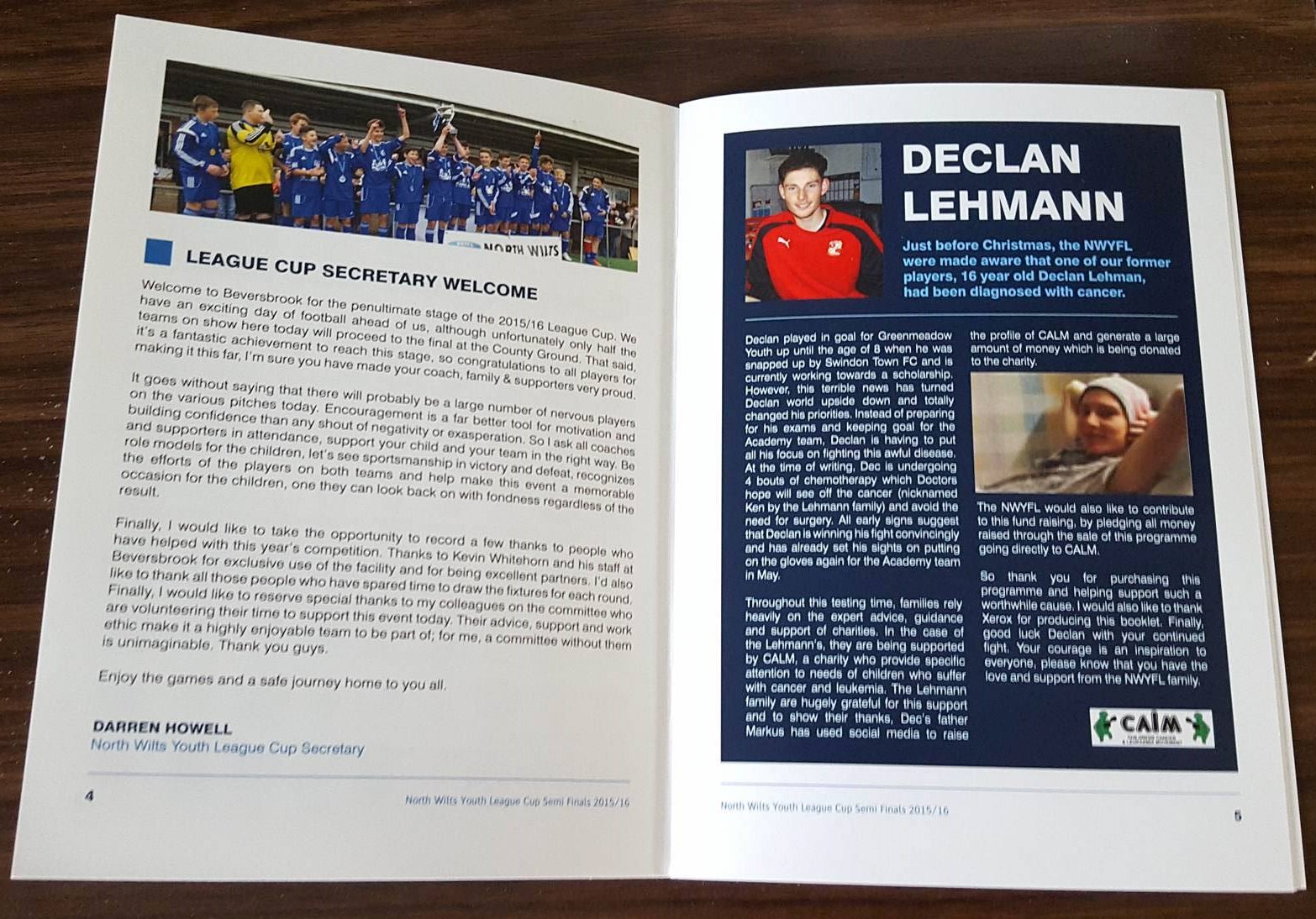