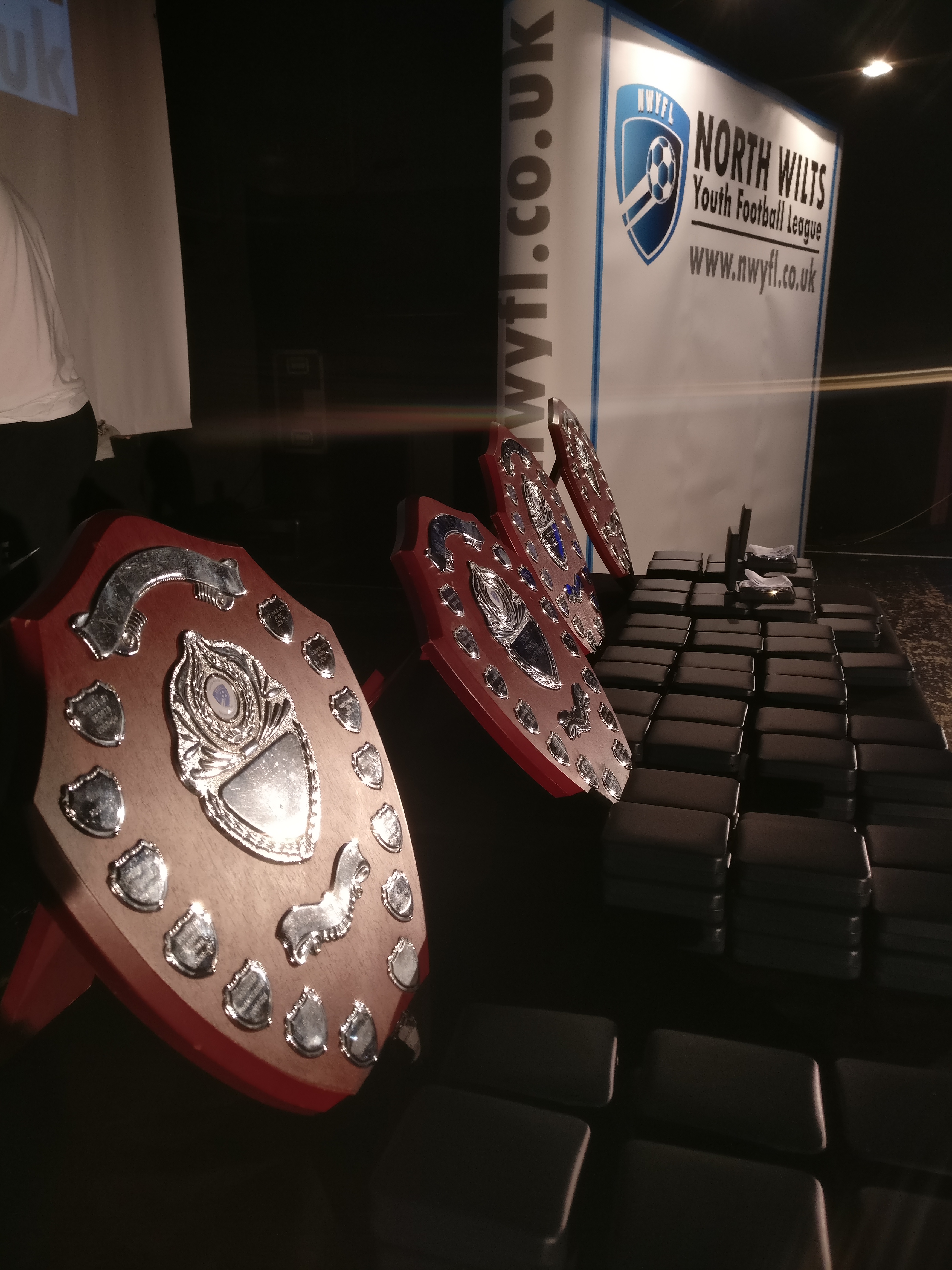 The final act of the 2016/17 season took place yesterday when the NWYFL held their annual League Presentations.

League winners and runners up from ages 12 through to 18 attended the ceremony, which once again was hosted at MECA, Swindon. The league would like to thank Justin Britchford for his continued support of the NWYFL.

Congratulations to all players and coaches who collected awards yesterday. The Committee would also like to extend their thanks to the many coaches who acknowledged the efforts the volunteers make towards running a successful league.

League Winners and Runners Up: