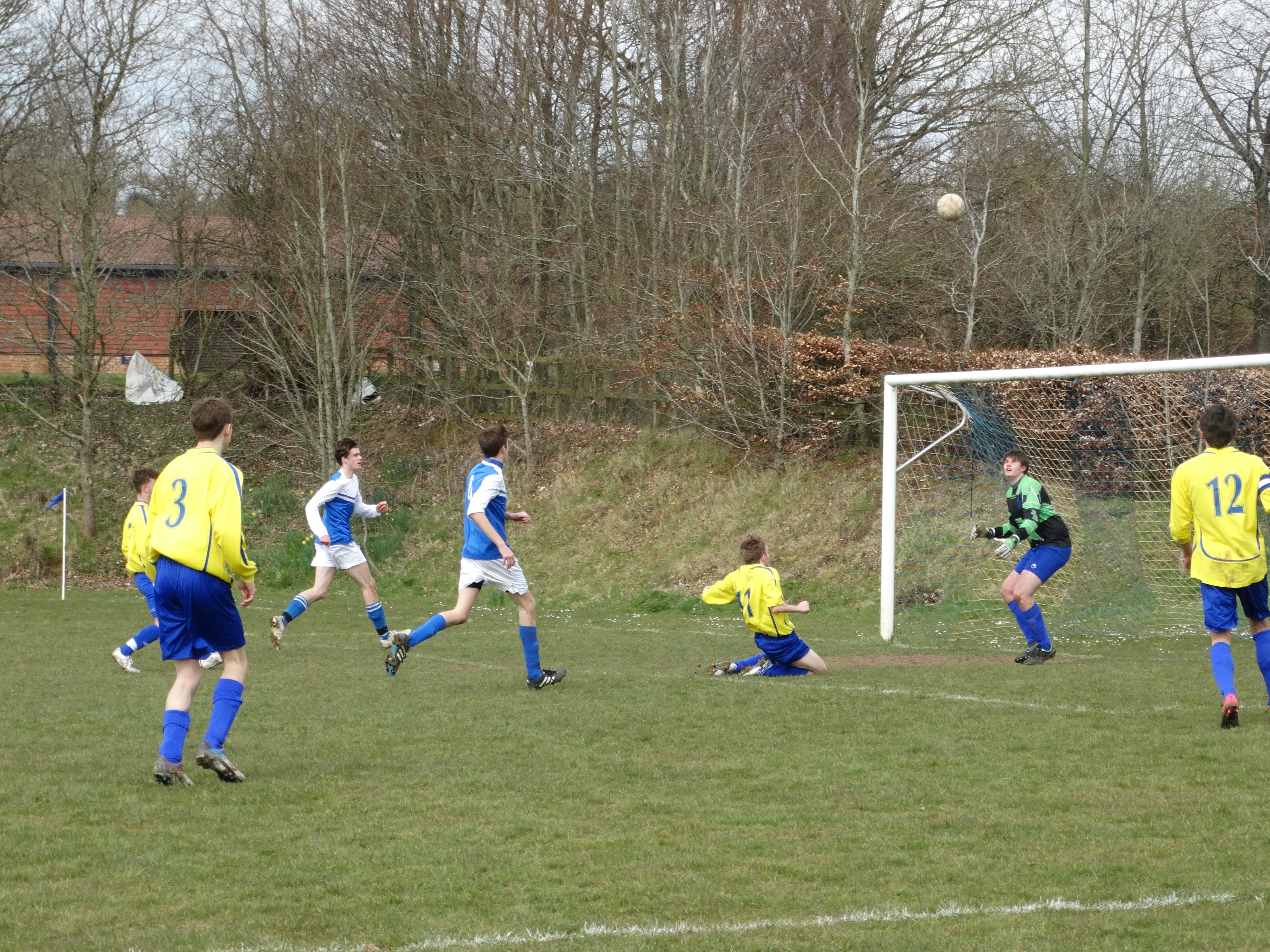 n a closely contested cup game Bishops Canning raced into a 2 goal lead only for Ashton Keynes to pull one back via Nicholas Winrow before half-time. 2 second half Alfie Staynings goals seemed to have settled things but Bishops Cannings made it 3-3. A fine solo goal from Callum Fowler made it 4-3 and so Ashton Keynes made it through to the next round.

Jack Lampards strike opened the scoring after 10 minutes. Kevin prouse added a second with a long range effort right on half time. Jack Lampard then completed his hatrick and grabbed himself a forth with a header into the top corner before Vasillis Christoforidis completed the scoring for Northside

Ferndale Rodbourne narrowly lost to Broad Town Colts in an excellent cup tie between two fully committed teams who were willing to battle and give their all right through to the final whistle. Broad Town scored the opening goal with a floated ball across goal that went just beneath the cross bar and into the back of the net. Ferndale immediately looked to restore parity with both Brandon Page and Kamran Muhid having efforts going just wide of the target before a glorious opportunity fell for Brandon when Matty Connor played a ball through to leave him one versus one with the Broad Town goalkeeper resulting in Brandon slotting the ball into the corner of the net. With the match finely balanced the second half got underway with Broad Town coming closest to taking the lead forcing Kyle Meader-Harris into producing a fine save before having a goal disallowed. A fantastic end to end battle ensued with Kamran Muhid going on an excellent run after collecting the ball just inside his own half but his goal bound effort was pushed on to the post by a superb save from the Broad Town goalkeeper before Kyle Meader-Harris saved a penalty at the other end of the pitch.  The lead was then taken by Broad Town when a ball lofted through the middle evaded two Ferndale defenders going for the ball and fell kindly for Broad Town through on goal who made no mistake in dispatching the ball beyond the Ferndale keeper. Ferndale pressed for an equaliser and had two excellent opportunities, one each for Kieran Wheeler and Bailey Gallagher but neither managed to convert leaving a tense finish with Ferndale making a slight change in formation to add more to the attack in the hope of forcing the tie to extra time as the clock began to tick away but Broad Town held their nerve and the lead through to the final whistle to ensure their name entered the draw for the Quarter Finals. Harry Johnson was awarded Ferndale’s Player of the Match for his movement off the ball, intelligent play when in possession as well as showing versatility when moved to different positions. Kamran Muhid also had a fantastic match for Ferndale as well as Brandon Page who performed fantastically well as the front man for Ferndale and ran his heart out, especially during the first half. James White also had a good game and showed an exemplary example as Captain for his team with great encouragement throughout and a calm head when needed.